A story about a fat girl who got bullied, depressed, finally got her life together for a year. And she finally proved it to her best friend who always picked on her every single day about something that she just realised that day.

All I did was shove all these food down my throat whenever I feel the feeling that I always felt, hoping that it would’ve made it better. But I knew clearly that it’ll make it worst.

I’ve been over weight since I was a kid. Bullied and just disrespected just because of how I looked.

I tried to go on a diet, and exercise, but it was always hard for me. I never had the motivation. I never had people to support me. And no one understood the struggles I had.

People called me names. They actually still call me ‘Piggy’ every time I walk into school. They pinched my fats and pushed me down and told me that I was always too slow to ever make it in time to class, when actually I just really wanted to avoid classes as much as possible.

My mother agreed with me and let me stayed home school for a year until I become healthy. I told her that she won’t regret it. Nor would I.

So I woke up every day at five, looking at the mirror and telling myself that I’m going to do it. There were a lot of ups and downs and when I told myself that it was just a fantasy. But it’s not true. Dreams can be real if you actually work hard for it.

I started eating healthy. In fact, and drank more water. I slept earlier, instead of staying up all night, worrying about the bullies and what people called me. Cause they’re going to be a joke when I go back to school.

After a year, I’ve fitted my sixth year old clothes again. Maybe it was rather bigger actually. I was happy. I had friends. I ate well and I feel awesome and fit. This was the best decision I’ve ever made.

“It’s time for you to go to school honey.” My mother called me from down stairs while I stared at myself into the mirror. I smiled at myself, thinking about how people are going to react.

I drove my car that my mom just bought me during my birthday and parked it in front of the school. I walked out with my sunglasses over my hair and walked into the school like I belonged there. Every guy that I passed were staring. And all the girls were whispering.
Then I waited at the genius who made up my nick name’s locker until a person came. But it wasn’t her. This person looked different. She looked tired with her eye bags. Her skin was unusually paled with red dots, and she was actually chubby. Not as chubby as I was before, but it was close. She had a cigar in her fingers, but the only thing that made me know that it was Amanda was her pink golden phone case that she always have in her hands everyday. 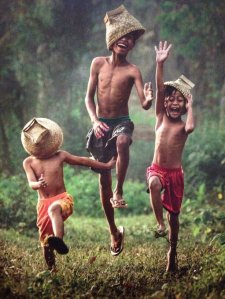 “Excuse you.” She snapped at me before I could even say anything. Now I’m pretty sure that it was Amanda.
“What happened to you Amanda?” I asked softly even if that wasn’t the question that I was going to ask.
“None of your business weirdo. Now move, I don’t even know you!”

“Piggy?” She looked at me full of confused as if she didn’t believed me.

“You know what Amanda… I just came here to say thanks. Thank you for everything. Without you, I wouldn’t have lost weight, have real friends and have my whole life together. So basically I wanna thank you for not making me end up like you right now. Because all this time, I got myself back up just to proof some mean girl that I could’ve been better than her. I thought that maybe it would have made me happy if I showed the person that never even cared about me that I was not only a pig. But I just realised that I didn’t need to proof this pathetic rude girl that’s standing in front of me anything. I just wanna say sorry as well because whatever happened to you the past year.. You look horrible man. And you gotta get a life instead of making fun of other people and making up such smart nick names for them. Snapping at everyone you see and just be a bitter lonely person. So I just wanna wish you good luck.”

I smiled at her even if I saw her glaring eyes into mine. I walked passed her after I patted her back.

I continued walking while I just realised that we were crowded with a bunch of people who were actually clapping after what I just said. Then I walked through the crowd without a hassle because they made a path way for me.

A little girl walked to and from school daily. Though the weather that morning was questionable and clouds were forming, she made her daily trek to the elementary school. As the afternoon progressed, the winds whipped up, along with thunder and lightning. The mother of the little girl felt concerned that her daughter would be frightened as she walked home from school and she herself feared that the electrical storm might harm her child.

Following the roar of thunder, lightning, like a flaming sword, would cut through the sky. Full of concern, the mother quickly got into her car and drove along the route to her child’s school. As she did so, she saw her little girl walking along, but at each flash of lightning, the child would stop, look up and smile. Another and another were to follow quickly and with each the little girl would look at the streak of light and smile.

When the mother’s car drove up beside the child she lowered the window and called to her.

“What are you doing? Why do you keep stopping?”

The child answered, “I am trying to look pretty, God keeps taking my picture.”

May God bless you today as you face the storms that come your way. 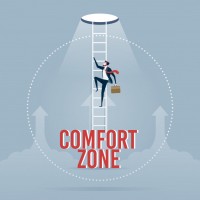